Ever since our ancestors first started trading with each other, our economy and the medium of exchange for trade and payments have been continuously evolving. From cowrie shells to gold coins, paper money to credit cards — newer and better forms of money have been able to support increasing and more demanding financial conditions. We are moving toward a more fluid system of payments; aiming for convenience, transparency, and security. Today, almost every nation in the world has its own form of fiat currency, issued by a central authority — banks and governments — valued at its ability to serve as tax credits. The world as we know it has greatly shifted from the traditional to digital; so are businesses that continue to improve their services and processes by digitizing assets. The now-becoming digital economy seems to require the need for money that could be easily transferred and used in the digital realm. ABBC Coin is among the leading digital currencies, or commonly known as cryptocurrencies, which aims to provide a seamless payment system in purchasing goods on online stores.

In today’s world, evident changes have been on the move. Sooner or later, cash might diminish in use to make way for more virtual forms of currency.

Payment in exchange for goods and services is something that has been going on even before civilization began. The only change has been how it was enacted over the years. From bartering to cryptocurrencies, methods of payment have changed dramatically throughout history, and we are yet to face waves of changes in the future.

Barter trades are the first means of payment of our ancestors. 9,000 years ago, this was the backbone of the economy in Egypt. Wheat, crops, milk, and any other harvests can be traded to a fellow individual for the same value. But eventually, barter became too difficult to quantify. As a solution, commodity money was introduced in the form of cowrie shells in China, India, and Africa. This is more efficient compared to barter but after a while, it became worthless. The problem was that cowrie shells were not valued much and it had no control from authority.

The evolution from commodity money to coins made it easier and faster to conduct trade. In this manner, money no longer had to be weighed and its value could be easily determined by reading the denomination. The Song Dynasty in China was one of the first to introduce this new form of payment in the 11th century, while in 1661, the Swedish Banco released the first European banknotes. Since then, paper money or cash became the mainstream method of payment.

Entering the late 20th century, BankAmericard — the first modern credit card — was launched. Carrying around large sums of money became unnecessary and we could now conduct both large and small transactions without having to worry about cash. Furthermore, as the digital demands of people advance, so do the payment offerings.

With almost everything available online, the emergence of virtual currencies becomes inevitable. Cryptocurrencies have shown a lot of promises as they can further reduce the cost of transactions, increase the speed of transactions, and create new functionality to money. At present, there is an estimated $250 billion worth of all cryptocurrencies in circulation, and different industries and businesses are starting to integrate it as a payment gateway.

“Cryptocurrency and payments are tied at the hip,”

this is a statement from the COO of Crypterium Austin Kimm. In addition to that, Mr. Kimm said that for cryptocurrency to be mainstream, there needs to be a daily use case, further explaining that

“the more you can spend it the more people will be willing to accept it.”

The digital marketplace is growing and the future belongs to the businesses that can stay ahead of the game. As major retailers and companies like Overstock, CryptoPet, 1000 EcoFarms, and Shopify start accepting crypto-payments, customers can have a seamless online shopping experience. Relatively, e-commerce is expected to grow at 175% over the next 3 years, reaching almost $5 trillion by 2021.

Cryptocurrency proves to be an essential form of money that is more convenient to use and carry around. Say goodbye to your old leather wallet because digital wallets are now in! Through these wallets, you can safely store your cryptos, perform faster transactions, and check your transaction history whenever you want. Cryptocurrency payments aim to create a more globalized and borderless economy, as well as to fight financial inequality by bringing financial services to people without access to bank accounts and credit cards.

As one of the top 100 cryptocurrencies in the market, ABBC is consistently on the move on revolutionizing the e-commerce industry. Having its own digital wallet app and shopping mall platform, ABBC will go beyond what other altcoins are planning to do.

Committed to giving nothing but the best to its users, the Aladdin Wallet app was released last June 2019. Developed to be an upgraded version of the previous MC Wallet, Aladdin Wallet is a multi-crypto and multi-platform wallet which allows users to send cryptocurrencies through chat. In this way, users can have a regular conversation with their peers or make transactions via the app. It’s designed to have a simple, user-friendly, and reliable interface fit for everyone.

On the other hand, ABBC Managing Partner Arben Kane and ABBC Chief Technology Officer Stanley Park are on the frontline of promoting the company’s very own Shopping Mall platform.

This online shopping mall will integrate a crypto-based payment mechanism that will accept BTC, as well as ABBC, ETH, and other altcoins upon buying online from major retailers like Amazon, e-Bay, Rakuten, and Lazada.

Having all these milestones within the first half of 2019 is huge, and as mentioned by ABBC CEO Jason Daniel Paul Philip earlier this year,

“the ABBC team and I pledge to work tirelessly until we succeed in revolutionizing the online shopping experience and making the economic playing field a fairer and more equal place.” 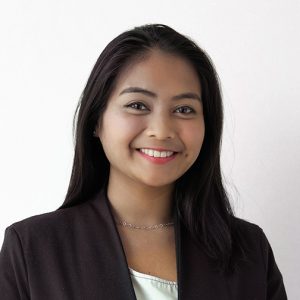