Blog
News
The Future of Crypto in the UAE

Crypto is evolving fast in the UAE. ICO regulations set to be finalized by the end of the first half of 2019. The UAE government aims to position the nation at the forefront of crypto by becoming “the world’s first blockchain-powered government”.

In December 2018, the UAE recognized ICO tokens as securities, and is currently introducing regulations and licensing with the aim of modernizing the nation’s financial infrastructure and providing companies with a non-traditional alternative means for raising capital.

The Security and Commodities Authority (SCA) is working with the Abu Dhabi Securities Exchange (ADX) and the Dubai Financial Market (DFM) to develop exchange platforms by the end of this year.

The Smart Dubai initiative aims to turn Dubai into the ‘City of the Future’ with blockchain initiatives such as DubaiPay; a blockchain-based, real-time processing system. The initiative is currently being piloted by the Dubai Electricity and Water Authority (DEWA) and the Knowledge and Human Development Authority (KHDA) with over 5 million transactions processed on the decentralized ledger.

Smart Dubai is planning to expand to other government agencies like the Dubai Police, the Roads and Transport Authority, Dubai Airports, Dubai Customs, and Dubai Municipality. In October 2018, Dubai and IBM partnered to announce the launch of the Dubai Blockchain Platform, the first government endorsed blockchain platform as a service in the UAE falling under Smart Dubai’s plan.

Prime Minister Al-Maktoum recently launched the UAE Blockchain Strategy, which plans to transform 50 percent of government transactions into the blockchain platform by 2021. According to the official UAE government website, this initiative is expected to save 11 billion AED in processed transactions and documents, 398 million printed documents, and 77 million work hours annually.

The UAE and Saudi Arabia have partnered and announced the launch of a new cryptocurrency that will be used for cross border payments between central and local banks. The joint project is mainly being used as a testrun, aimed to research the effect of a central currency on monetary policies.

Cryptocurrencies Based in the United Arab Emirates:

ABBC Coin was founded in 2018 and is currently based in Dubai. The currency aims to transform the e-commerce experience by introducing Coin Shopping Mall (CSM). The online shopping mall will accept numerous cryptocurrencies, and will ultimately be integrated within established online shopping platforms including Alibaba, Amazon, and Ebay.

Al-Maktoum entered the crypto space with the development of ArabCoin in 2015, but has not been pushed in the market due to the lack of legal status for cryptocurrencies in the UAE at that time.

DubaiCoin was founded in 2016 and is based on the ArabianChain blockchain. DBIX is the enhanced rendition of DubaiCoin with increased security and effectiveness for cash exchanges.

UAE real estate giant Emaar has announced plans to launch an Emaar community token based on the Ethereum blockchain and ERC20 token framework, and developed by Swiss blockchain startup Lykke. The token will be transferable across all Emaar projects including real estate, malls, hospitality, entertainment, and online shopping. This will provide customers and stakeholders a full referral and loyalty system, ultimately extending the Emaar experience to millions of internet users. The initial coin offering in Europe is expected to be considered within a year of the launch of the platform. The UAE is also home to several cryptocurrency exchanges including:

For individuals looking to buy and trade Bitcoins with local sellers, LocalBitcoins provides a reputation and feedback system with a simple interface, making it ideal for beginners.

While the crypto sphere in the Middle East is still emerging, the UAE adamantly intends to take the lead in the marketplace. Many leading blockchain and crypto companies are looking towards the UAE to expand their services since the increase of crypto positivity within the nation. With cryptocurrencies such as ABBC Coin planning to integrate into everyday life such as online shopping malls, Dubai’s ambitious blockchain plans could be accomplished sooner than expected. 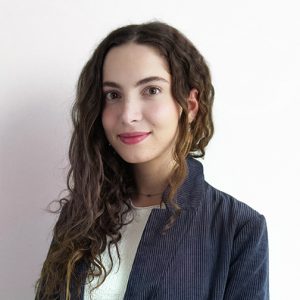 A Certified Hubspot Content Marketer for ABBC Foundation. She has a background in Psychology with experience in content writing and social media.