Halfway through 2019, we’ve already heard a lot of noise in the crypto world. Bitcoin’s bull run and Facebook’s cryptocurrency Libra were two major events that capped the first half of 2019. ABBC Foundation has also been making headlines of its own with the launching of its forward-thinking projects like the Aladdin Wallet and its very own crypto-based online shopping mall, Buyaladdin. ABBC is making dynamic moves to be ahead of the competition and its long-term plans are already set in place. Despite being a relatively new coin in the market, ABBC has been delivering its promises to its users and the community in general.

January: Our Trademark Lawsuit with Alibaba.com

The beginning of 2019 was not an ideal scenario for ABBC. The lawsuit that Alibaba had filed against the company was still ongoing and the media had set wrong perceptions toward ABBC. The Chinese e-Commerce giant stated that we were damaging its reputation in the US. We flatly denied the allegation, and this resulted in a back-and-forth legal showdown. While this was happening, various media outlets have broadcasted wild speculations, with some claiming that the retail juggernaut “is excited” to acquire ABBC. ABBC never said anything about this, and never even suggested the possibility of this happening. Yet the rumors spread like a virus, with some news organizations being peddlers of unfounded information. Even though we tried our best to clear the issue, our voice was drowned in an ocean of gossip and speculations. Despite the circumstances, we focused on looking at the brighter side and did not let this issue halt us from our vision.

ABBC was still making noise at the time due to the controversial lawsuit. However, it was not all negative, as the price of ABBC jumped to a massive rise after falling by 47% after the lawsuit was announced. ABBC Coin boosted to the 33rd position in the CoinMarketCap rankings, one of the reasons behind this is a giveaway worth 500,000 ABBC done alongside CoinBene. Other coins were struggling in a market limp at this time, yet the value of ABBC Coin skyrocketed to about 150%.

Eventually, the dust was settled and ABBC dropped its previous name. Having worked out their differences, it was reported on March 12, 2019, that the two firms reached a worldwide settlement of claims involving the use of the name Alibabacoin. This marked the end of a year-long case between the two companies. In the beginning, courts ruled against Alibaba, denying the Chinese firm’s request for a formal warning to use their name. But the case reached its end and the courts ordered ABBC to refrain from using any materials, terms, marks, and designs associated with Alibaba.

ABBC Coin had also been listed on three new exchanges during this month: LBank, BITKER, and P2PB2B.

On March 20, 2019, Dubai celebrated its International Day of Happiness. The Foundation hosted a charity event at Nadd Al Hamar Kindergarten, dedicated to supporting Dubai’s vision of developing the youth. Staff from ABBC were closely involved with the organization of the event and gave out ‘’Happiness Gifts’’ to around 270 Emirati kids.

At this time of the year, ABBC CEO Jason Daniel Paul Philip made his official announcement regarding the Alibaba settlement and upcoming projects of ABBC.

What started off as a feud, looks like will end as a blessing. The settlement allows us and Alibaba.com to move forward in our respective plans

During this time, ABBC Coin was listed in 13 exchanges and the company aims to collaborate with more financial supporters. ABBC also planned to expand its roots to the U.S.

We are currently in the process of launching an R&D (research and development) facility in the United States, in accordance with local and federal laws

The ABBC team also attended the Future Blockchain Summit(FBS) at the Dubai World Trade Center. The FBS took place from April 2-3 and was considered as one of the world’s largest and most influential blockchain festivals. The event had over 14,000 visitors in attendance from around the world. When asked about the future of blockchain.

During this month, ABBC was able to get listed on another exchange — BitMart. The exchange was founded in 2017 and is a premier digital asset exchange platform, with active users and supporters from more than 180 countries.

To further reach out and promote the branding of ABBC, a partnership was formed between ABBC and Lunar Digital Assets, a company specializing in blockchain marketing and public relations. Lunar is already an established name in the crypto world and shares the same vision with ABBC — maximizing the potential of blockchain, as well as disrupting the e-commerce industry.

May: Onto Bigger Projects

In May 2019, ABBC announced the release of Aladdin Wallet. This is the upgraded version of the previous ABBC MC Wallet app. This wallet provides support for ABBC, ETC, LTC, DASH and other leading cryptocurrencies. Besides that, ABBC announced another big project coming along — Buyaladdin — which aims to be the top crypto-based shopping mall platform. This would revolutionize the e-commerce industry as it allows ABBC Coin users to purchase the cheapest and fastest shippable items. Some of the major shopping malls integrated into Buyaladdin are Amazon, eBay, Rakuten, and Alibaba.

In support for the Lunar Labs Beta launching, ABBC had the privilege to sponsor a debut party in New York. Titled as ‘’2019’s Most Epic NYC Blockchain Week Party,” ABBC Foundation celebrated the milestone together with partner TNC IT Solutions Group and other respected companies such as Cubiex, Valorum, and RecycleGo, to name a few. Participants got an early exclusive look at Lunar Labs Beta and enjoyed the live onstage performances.

On May 24, 2019, ABBC Foundation celebrated the Zayed Humanitarian Work Day in Dubai. Keeping the theme of ‘’Love and Loyalty for Zayed Giving,’’ gift packs were distributed to children, elderlies, labor workers, and people with determination. The Dubai Police had partnered with ABBC to organize the biggest charity event sponsored by ABBC, so far.

ABBC Coin was listed into two more exchanges in May — BitMax and BTCNext.

Zombie Soup, an Artificial Intelligence software creation firm, was another partner added to ABBC’s elite team. This partnership aligns with ABBC’s future plans to tokenize in-game rewards. With this agreement, ABBC established its foot in the gaming industry.

The Aladdin Wallet was finally launched in June and advertised as a wallet with exclusive features to itself. The new features include sending cryptocurrency through chat, top-of-the-line integrated security, and improved overall functionality. The application is available on the Google Play Store.

Additionally, ABBC was listed on three more exchanges this month: LATOKEN, CoinTiger, and Coinall. Along with that, ABBC also partnered up with two more companies in different industries, one for gaming (UbiFun) and the other one for film (UberMensch.)

ABBC also had the opportunity to attend the Wall Street Conference 2019 in Singapore to talk about upcoming projects. This prestigious event is organized by investors and was attended by prominent people within the tech innovation industry. On behalf of the team, ABBC Managing Partner and also one of ABBC’s closest friends — Arben Kane, had the privilege to speak about the company’s projects and vision. Alongside him were other big names representing digital asset companies like Boostchain CEO Quincy Dagelet, Airware Co-Founder Ken Dicross, and Kpay CEO Edwin Ng.

One of ABBC’s big moments also happened on July 16, 2019 as it marked the Buyaladdin launch event hosted at the Rockefeller Center in New York. The event stands as a focal point in what will begin a revolution in e-commerce payments. The Buyaladdin app was demonstrated live for the first time in front of a public audience. ABBC CTO Stanley Park had the privilege to speak on behalf of ABBC’s vision on crypto shopping.

With Buyaladdin launching in October, you will see a whole new world

Stanley proclaimed regarding the official release date of the global marketplace platform. He had the chance to show off Buyaladdin’s user-friendly interface and successfully bought a pair of shoes in Amazon using BTC as payment.

In a span of six months, ABBC has achieved huge milestones. All in all, ABBC Coin is listed on 22 exchanges, with more to be added in the future.

Big things are in store for ABBC Foundation, as its newest projects are already beginning to receive acclaim. The Aladdin Wallet app poses itself to be a gateway to online shopping in the Buyaladdin shopping platform by providing crypto users with a secure way to spend their money.

As to one of its major upcoming projects, Bitstorm aims to be a highly trusted and first-class exchange that will serve as a secure platform for users to trade their cryptocurrencies.

ABBC has many revolutionary plans to reveal in the future. With all its projects already starting to materialize, not to mention its recent partnerships, it is just a matter of time before ABBC grounds its position as a top-tier altcoin. 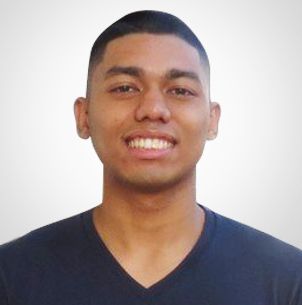