ABBC Coin achieves yet another major milestone, as it will be partnering with Zombie Soup, an Artificial Intelligence (AI), Virtual Reality (VR), and Health Technology software creation firm. The partnership will allow ABBC Coin to make available its platform to Zombie Soup in incentivizing players with in-game rewards for future mobile and VR games. Zombie Soup is convinced that such strategic partnership will be mutually beneficial after reviewing ABBC Coin’s blockchain and token metrics. This was signed following the announcement of a collaboration with Lunar Digital Assets, also signed this week.

For its part, Zombie Soup sees the “unique market opportunity that can be produced within the ABBC ecosystem,” according to its press release. “Zombie Soup Gaming Platforms is drawing up plans to use ABBC Coin as the main medium to tokenize gaming assets as well as gaming rewards.”

As for ABBC Coin, the strategic partnership will allow it to achieve exposure and adoption in the gaming scene. According to ABBC Foundation CEO Jason Daniel Paul Philip, “This partnership with Zombie Soup proves yet again that ABBC Coin has a lot of potential in revolutionizing the payments sector, including the gaming industry. There are many cryptocurrencies to choose from, yet they have chosen to move forward with us as one of their important allies. It’s a win-win situation for us.”

ABBC Coin will empower Zombie Soup to incentivize players with rare in-game rewards for their upcoming games. One such example through non-fungible tokens (NFTs) which can be gained in various forms such as virtual trophies, weapons, tools, heroes, to name a few.

NFTs can be used in the VR side of gaming to provide users a means to secure virtual land ownership and possibly put real world value to the asset. This will entice gamers to make profits from the unique features of these games, made possible through ABBC Coin’s scalable blockchain system.

ABBC Coin, as a cryptocurrency, has incorruptible properties which will prevent the risk of double spending, fraud, and similar activities which can otherwise be committed on other online platforms. Cryptocurrencies also function much in the same way as normal currencies — they can be used as a means to store value and can be traded for other currencies, even fiat, on various platforms.

Zombie Soup currently has six active games on premier gaming platforms Steam and Oculus, and it is planning to launch more in the coming future.

One such example is Wired Pixel, a competitive and strategic puzzle game which was inspired by the pencil-and-paper game Dots and Boxes. Zombie Soup will be integrating ABBC Coin to the game to facilitate virtual items.

The partnership also plans to include ABBC Coin in other upcoming games, including Captain 13: Beyond the Hero and Yanone: Letter Splatter.

“We thank Zombie Soup for the trust and cooperation, and we look forward to a bright future for the both of us,” concluded CEO Jason Daniel Paul Philip. 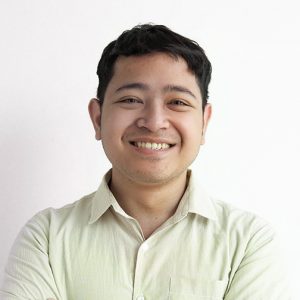