One of the main problems surrounding blockchain technology is scalability. There are always limits on the number of transactions that a network can process. Unless action is taken, transactions will take a longer time to process as the confirmation of blocks become tedious to the network.

As cryptocurrencies gain popularity and users, decentralized networks would need to compensate to accommodate such growth. ABBC Foundation acknowledges this by teaming up with DeepDive Tech in revamping its mainnet. Designed to scale infinitely faster, this DPoS-powered mainnet addresses blockchain’s scalability issue.

Scalability is a major concern when it comes to transaction confirmation. As more and more people use cryptocurrency, it is essential to develop blockchains that can handle this type of demand. Increasing the block size or decreasing the time of block generation won’t alleviate the issue. Adjusting for time and block size could cause a new block to be generated before an old one is received by the rest of the network. This could cause major issues with forks, orphan blocks, chain-reorganization, and security vulnerabilities.

In an economy that allows users to send and receive fiat payments instantly, blockchain networks should offer the same quality of convenience if they wish to be considered as an alternative. The long transaction waiting times and fees that the scalability problem entails could also directly affect blockchain and crypto adoption for both users and merchants. For users, it would have them reconsider using cryptocurrency as a medium of exchange as they’d have to wait longer for it to be transferred to someone’s account.

Because of this, some merchants are still hesitant to consider cryptocurrency as a viable means for payments. Since crypto is yet to be mainstream, the situation of waiting for more than 10 minutes to confirm a single transaction is not efficient for businesses. Lower merchant adoption means there are fewer channels for cryptocurrency holders to use their cryptos as payment.

This means that there would be delegates assigned to accepting or refusing various network transactions based on validation and also creating the blocks that contain these transactions. Implementing the DPoS protocol would have the transactions on our nodes confirmed much quicker. This would, in turn, ease up the overall consensus process, which would lead to faster and more efficient confirmations.

The delegates have an incentive in high-performance due to the network’s ability to replace them if need be. There are a small number of block generators and since they’re performing at such efficient levels, it would create a faster internet connection which would cause the data throughput to improve exponentially.

The DPoS consensus protocol helps ABBC’s mainnet to process 5,000 transactions per second, making it one of the fastest blockchains at present. With an efficient blockchain, more users would be able to use the platform without complication, making ABBC Coin more widely adopted and remain as one of the leading altcoins in the crypto market. 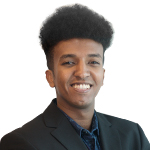 Ismael is a HubSpot Certified Content Specialist working for ABBC Foundation, with 2 years of experience in sales and business development.