People all over the United Arab Emirates united as one as it commemorated the 48th UAE National Day event held on November 27, 2019, at the Dubai Police General Department of Protective Security and Emergency. Locals and expatriates joined together to celebrate this wonderful event.

The UAE National Day is deeply rooted in the memory of the citizens as it carries out the meaning of unity among the Emirati leaders and the entire community. Under the wise governance of the UAE leaders, the country continues to move toward a successful and brighter future.

This event marks another memorable experience for the ABBC Foundation Team as we supported and joined the respective officers from the Dubai Police in expressing their compassion to everyone by offering special UAE National Day scarves and badges.

A Glimpse of Past and Present

The wide outdoor space was filled with great entertainment and exhibition as the para planes conquered the sky with their wonderful stunts which brought amusement to the audience.

The children from Hemaya school also performed national and traditional folk dances with great choreography. During the ceremony, great poems expressing love towards the country was delivered with such beautiful emotions.

After the historical ceremony, the guests, along with Major-General Abdullah Ali Al Ghaithi and members of the consular corps, went to the designated place where history and traditional culture of Dubai were exhibited.

The ABBC Foundation CEO himself, Mr. Jason Daniel Paul Philip, attended the event to show his support and appreciation to the eminent purpose behind this remarkable event.

On behalf of the whole Dubai Police department, Brigadier General Rashid Khalifa al Falasi, the Vice Director-General of the General Department of Protective Security and Emergency of the Dubai Police and the Director of Emergency Management, personally expressed his gratitude to ABBC Foundation’s participation during the said event.

“We admire your important role in joining this social initiative and humanitarian work. We look forward to collaborating with you in [our] future endeavors.”

Our team is committed to promoting the culture of giving, respect, and caring for others. As a fintech company, ABBC will continue to uphold its social responsibility and will remain to be in service for the people, especially those who are in need. 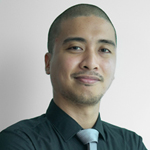 JC is a HubSpot Certified Content Marketing Specialist working for ABBC Foundation, with 8 years of experience in the communications industry.